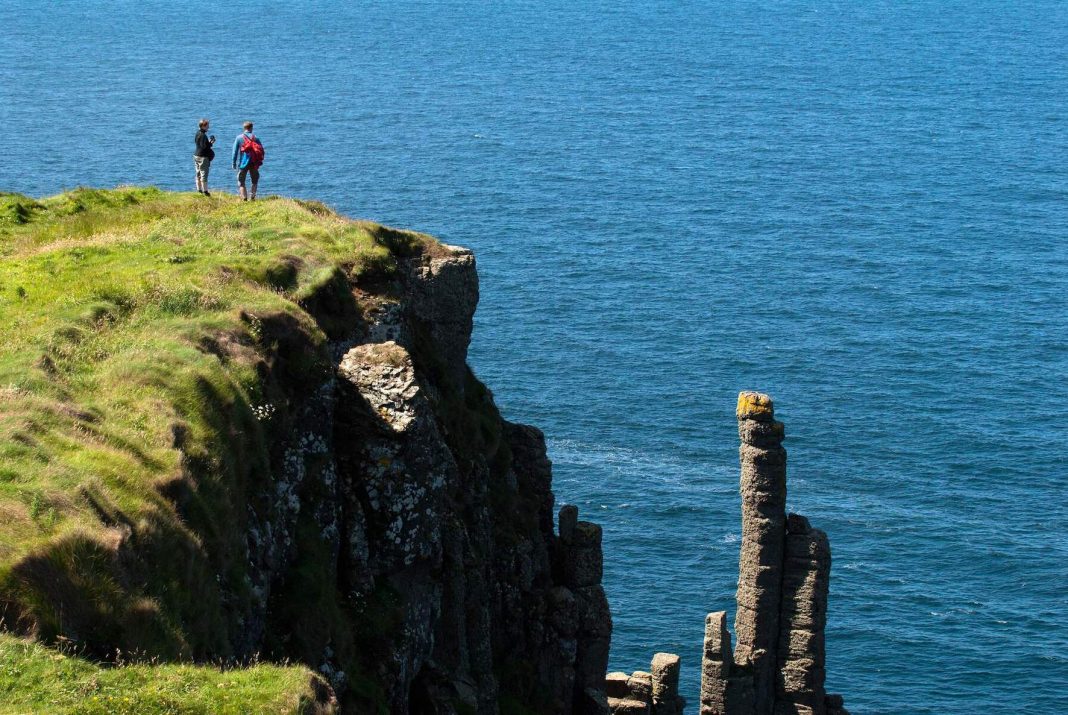 If you want to treat yourself to the very best views of an island much-lauded for its scenery, there is no better way than on foot.

With an epic coastline, stunning mountain ranges, a welcome second to none and endless amounts of beautiful spaces, a walking holiday on the island of Ireland is next to unbeatable.

Countless trails suited to all ranges of fitness and ability mean you can go short or long, completely alone, in pairs or groups, and it is straightforward to arrange a hook up with entertaining local guides and coordinate with a wide choice of accommodation providers.

Those looking for a walking challenge are especially well catered for in the likes of the Beara-Breifne Way. The country’s longest national waymarked trail runs 500km north from the tip of the Beara Peninsula in County Cork, through Ireland’s absorbing Hidden Heartlands to the Breifne area, a medieval overkingdom in Gaelic Ireland​, which lies in counties Leitrim and Cavan. 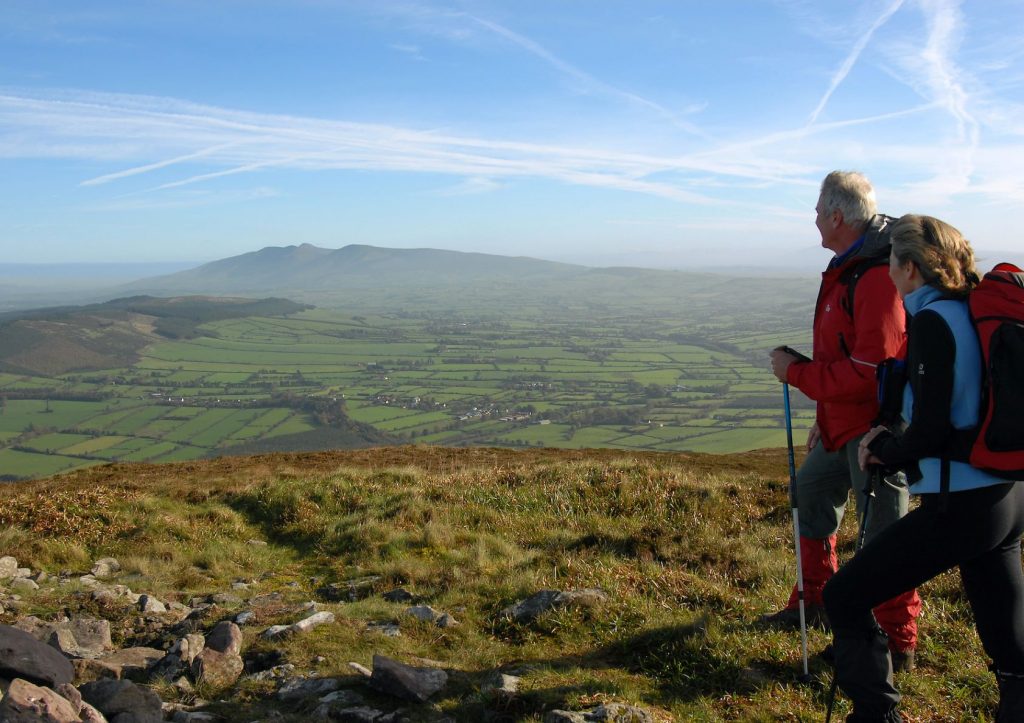 The Beara-Breifne Way follows the route taken by legendary Irish chieftain O’Sullivan Beare, who led 1,000 people from Cork to Leitrim to escape invading forces in 1603. Taking in many of the places and communities shaped by their story, the walk covers some of the most beautiful and least explored areas of the country, including coastal areas, six different mountain ranges and the banks of the mighty River Shannon.

For a shorter, but truly spectacular walk, see the famous UNESCO World Heritage Site of the Giant’s Causeway in County Antrim with the help of an Away a Wee Walk expert guide. The 10km Giant’s Causeway Cliff Path Walk traverses an undulating but extremely scenic cliff path maintained by the National Trust and offers a stunning experience around some of the best clifftop views in Europe. Along the way you will feel the wind in your face and enjoy commentary on the sights, which include unforgettable views of Rathlin Island, sweeping coastal bays, high cliffs and the famed Giant’s Causeway itself. 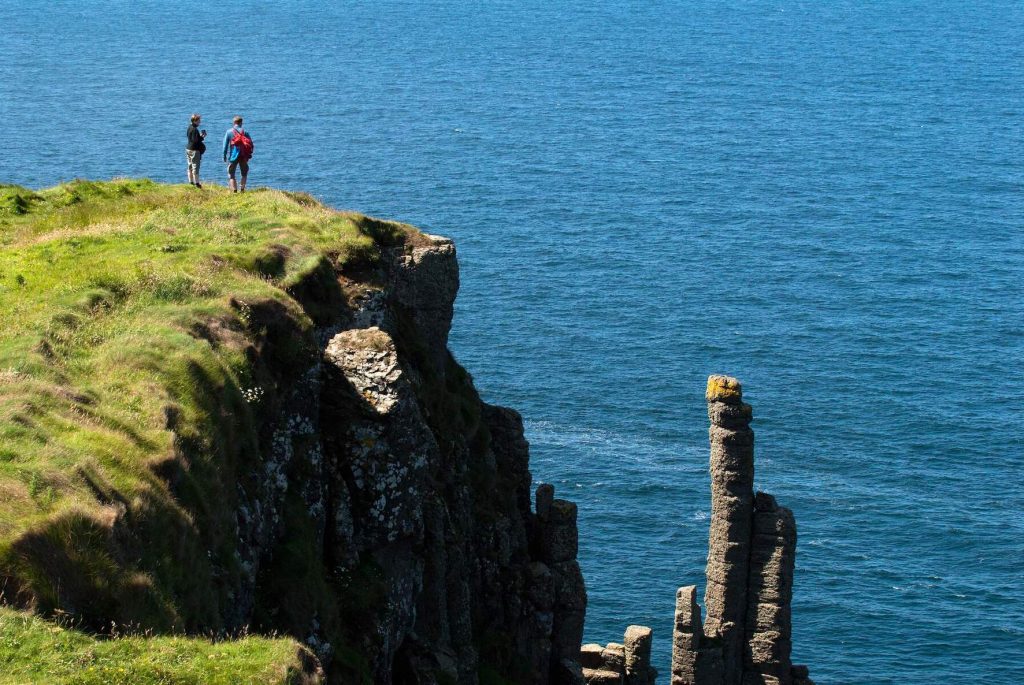 In the land of saints and scholars there are many ancient pilgrim walking routes to be found, including St Declan’s Way, which links the ecclesiastical centres of Ardmore in County Waterford and Cashel in County Tipperary. This 96km route follows a path that Declan took on his way to meet St Patrick in Cashel in the fifth century. A walk here brings you through the heart of Ireland’s Ancient East, where you will encounter incredible stories and legends from 5,000 years of history. 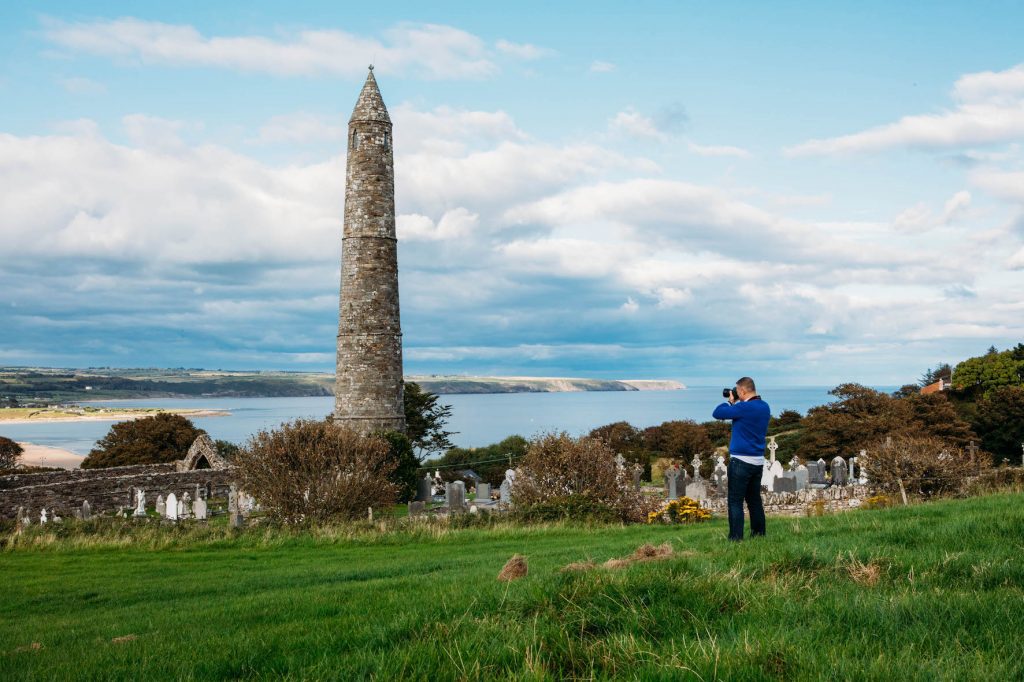 Boasting the unspoiled beauty of counties Laois and Offaly, the Slieve Bloom Way will take up to three days to complete at some 74km. Your daily walks will consist of four or five-hour stretches across a mixture of gorse-covered flatlands and relatively gentle inclines. In the quaint little villages around the mountain you will feel like you have stepped back in time to an era when life moved at a slower pace. Head here for an authentic walk on the wild side along forest paths in the heart of Ireland’s midlands.

For those who like to hear stories about the landscape they are traversing, a walk in the magical Mourne Mountains in Northern Ireland with a qualified mountain leader is a must. Peter Rafferty will stretch your imagination as well as your legs as he takes you through the rocky paths at a gentle pace, stopping for breaks and to take in the ambience of this special mountain range. You will cover around 8km and spend a five-hour day rich in sights, sounds, myths, legends and the freshest of mountain air.