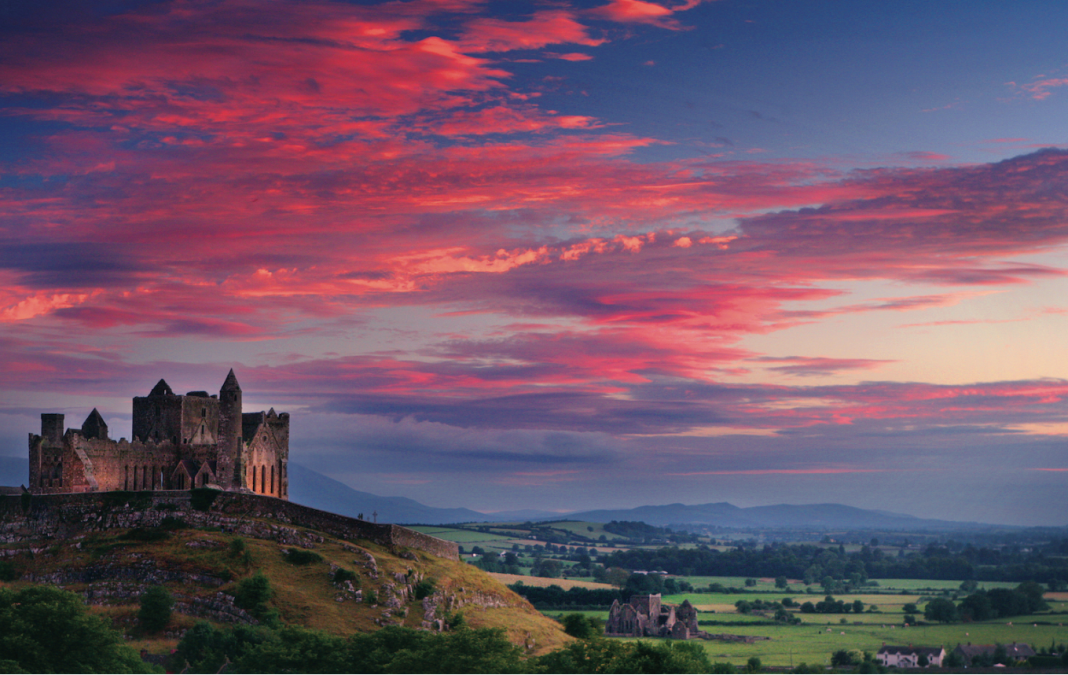 Three heritage sites on the island of Ireland have been nominated as UNESCO World Heritage sites.

The Neolithic Passage Tomb Landscape of County Sligo, the Transatlantic Cable in Valentia, County Kerry, and the Royal Sites of Ireland are included in the new World Heritage Tentative List for Ireland, moving one step closer to achieving UNESCO World Heritage status.

The Tentative List is an inventory of natural and cultural heritage sites that can demonstrate outstanding universal value and therefore be considered suitable for nomination to UNESCO’s World Heritage List.

The Neolithic Passage Tomb Landscape of County Sligo on Ireland’s Wild Atlantic Way represents the most westerly and one of the most dramatic expressions of the construction of ritual monuments across Europe between five and six millennia ago. The monuments include the famous Queen Maeve’s Cairn, which dominates the mountain of Knocknarea. The huge Neolithic tomb is made up of more than 30,000 tonnes of stone and overlooks Sligo Bay.

The County Kerry project commemorates the 3,000km transatlantic copper cable that transformed global communications in 1858. It was laid between Valentia Island in Ireland and Newfoundland, Canada, connecting Europe to America and reducing communication times from weeks to minutes.

The first message transmitted on 16 August 1858 was a note of congratulations from Queen Victoria to US president James Buchanan. As other technologies replaced the copper cables used to carry information across the Atlantic, the Valentia Cable Station closed its doors in the 1960s. It has since been refurbished and now houses an interactive visitor experience called the Eighth Wonder

The Royal Sites of Ireland were all sites of major royal inauguration, ceremony and assembly, representing each of the four Irish provinces as well as the region of Meath. The sites are strongly linked to myth and legend and are associated with the transformation of Ireland from paganism to Christianity and St Patrick.

All of the sites were selected because of their potential to show outstanding universal value to humanity. Ireland will now work on its new Tentative List to develop nomination bids for submission to the World Heritage Centre in Paris.

The island of Ireland already has a number of locations on the list of UNESCO World Heritage Sites. These include the Giant’s Causeway in County Antrim, Skellig Michael off the coast of County Kerry and Brú na Bóinne in County Meath. UNESCO Global Geopark status has been awarded to The Burren & Cliffs of Moher Geopark in County Clare, Cuilcagh Lakelands Geopark, which stretches across counties Fermanagh and Cavan, and The Copper Coast Geopark in County Waterford.

Now the potential for further additions reinforces its profile as a world-class heritage destination.