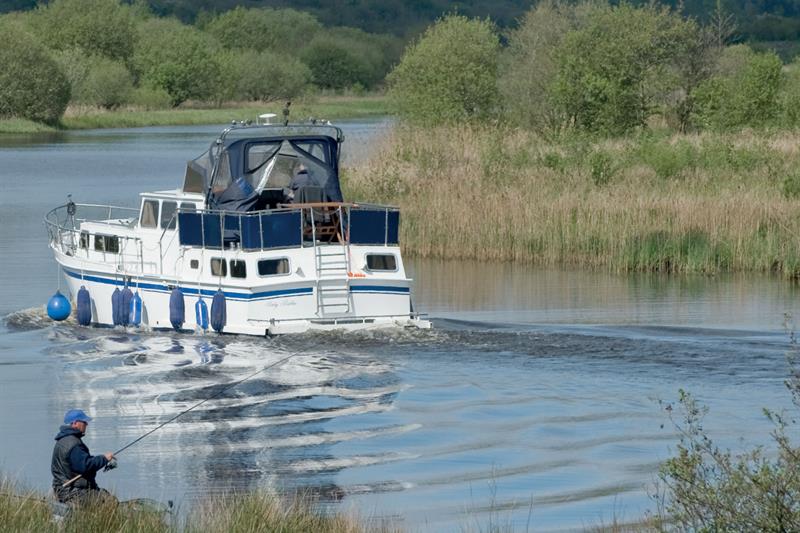 The Shannon Tourism Masterplan is the first dedicated plan undertaken on the entire Shannon Region, setting out a bold and integrated framework for sustainable tourism development along the Shannon across 2020 – 2030 .

The Masterplan is a collaborative project led by Waterways Ireland with Fáilte Ireland and 10 Local Authorities along the River Shannon and Shannon-Erne Waterway.

The Masterplan has examined the potential for positioning the Shannon as a hub destination for international and domestic tourism. It identifies the scale and scope of this challenge and has identified the measures needed to develop the necessary infrastructure, products, and experiences to reposition the Shannon Region as a key tourism destination within Ireland’s Hidden Heartlands.

Three key themes are identified in the plan, The Shannon, Mighty River of Ireland, Shannon Journey’s and Adventures and The Natural Timeless Shannon.

Minister for Housing, Local Government and Heritage Darragh O’Brien said “Waterways Ireland and the Local Authorities with Fáilte Ireland, have worked effectively to develop this Masterplan for the Shannon Region which will over the next 10 years, with the support of my Department, deliver a series of projects impacting on the economy and jobs whilst protecting and enhancing the valuable environmental, social and cultural values of the Shannon. I welcome this launch, coming at a time when the tourism and hospitality industries need support to reboot and I look forward to working with my colleagues across government to support its implementation.”

Catherine Martin TD Minister for Tourism, Culture, Arts, Gaeltacht, Sport and Media stated: “The Shannon Tourism Masterplan provides a significant and extensive framework to grow tourism in Ireland’s Hidden Heartlands aligning strongly with government’s national policy to drive rural development through tourism. I welcome the publication of this plan today as its successful delivery will create a haven for on-water and off-water experiences offering a range of ways to be active in nature, in a sustainable manner. By inviting the visitor to slow down, stay longer and to engage with local heritage and communities Fáilte Ireland, Waterways Ireland and the Local Authorities will support the creation of unforgettable holiday experiences that will benefit local businesses and communities on, and surrounding, the river.”

The Masterplan contains an action plan of projects that will require an estimated €76.5 million investment to deliver to realise the ambitions of the Masterplan over the ten years.

This capital expenditure will deliver on the seven priority areas in the plan and include interventions such as enhanced harbours and waterside public realms in Shannon towns; improved amenities for boat users and infrastructure for activity providers, clubs and communities to operate; a rejuvenated cruising experience along the Shannon; remote moorings and tranquillity zones along the Shannon and new recreational infrastructure including a substantial network of walking and cycling trails.

This will in turn support growth in the visitor economy through the creation of new enterprises and jobs through enhanced seasonality; increased vibrancy in local communities and protection of the river’s special environmental qualities.

Paul Kelly Chief Executive of Fáilte Ireland said “The Shannon Tourism Masterplan provides a clear roadmap for future tourism investment within Ireland’s Hidden Heartlands that will transform the region to deliver a better spread of tourism and visitor activity within the midlands.

“Fáilte Ireland’s commitment to implementing this plan is underlined by a recent €2.1m capital investment that will see some transformative infrastructural changes and enhanced facilities developed across the Shannon as early as this year. Included in the investment is the redevelopment of Connaught Harbour, new and enhanced waterside amenities in Athlone, Red Bridge and Rooskey and the development of nine floating moorings at locations along the Shannon, which will be unique to the region.”

Waterways Ireland has invested over €40m on and along the Shannon, creating the foundation for new tourism and recreation opportunities for communities and business. These foundations include infrastructure such as marinas; moorings; service facilities for users and tourists; and the development of on and off-water activities and experiences such as blueways and greenways.

John Mc Donagh. Chief Executive with Waterways Ireland confirmed “This plan provides a strategic direction and a growth pathway for the next 10 years for tourism along the Shannon and Shannon-Erne Waterway. The plan is an exemplar of a collaborative approach and one Waterways Ireland will use to produce developmental plans for our other navigations. I am in no doubt that when implemented, the tourism experience on the Shannon will be transformed. Work to this end has already begun for example Waterways Ireland with its partners is delivering a redevelopment of Connaught Harbour; new jetties at Athlone and Red Bridge; upgrades to Dromod Harbour; a canal walk and amenity park at Roosky; conservation at Fort Eliza and Meelick Martello Tower; canoe trails at O’Briensbridge and Inner Lakes; and the Shannon Greenway running from Limerick to Scarriff”.

The Shannon has always played – and will always continue to play – an important role in the heritage, history, economy, and tourism development of the counties through which it flows. The Shannon Tourism Masterplan sets out a clear set of ambitions and an action plan to achieve them. The collaborative effort which has brought the Plan to this point will be essential to its success. All the partners are committed to the journey towards the Shannon as a World Class Destination within Ireland’s Hidden Heartlands.

Destination Ireland Guide - 2 June 2021 0
Five wonderful walks exploring the island of Ireland   If you want to treat yourself to the very best views of an island much-lauded for its...

Free admission to OPW sites in 2021