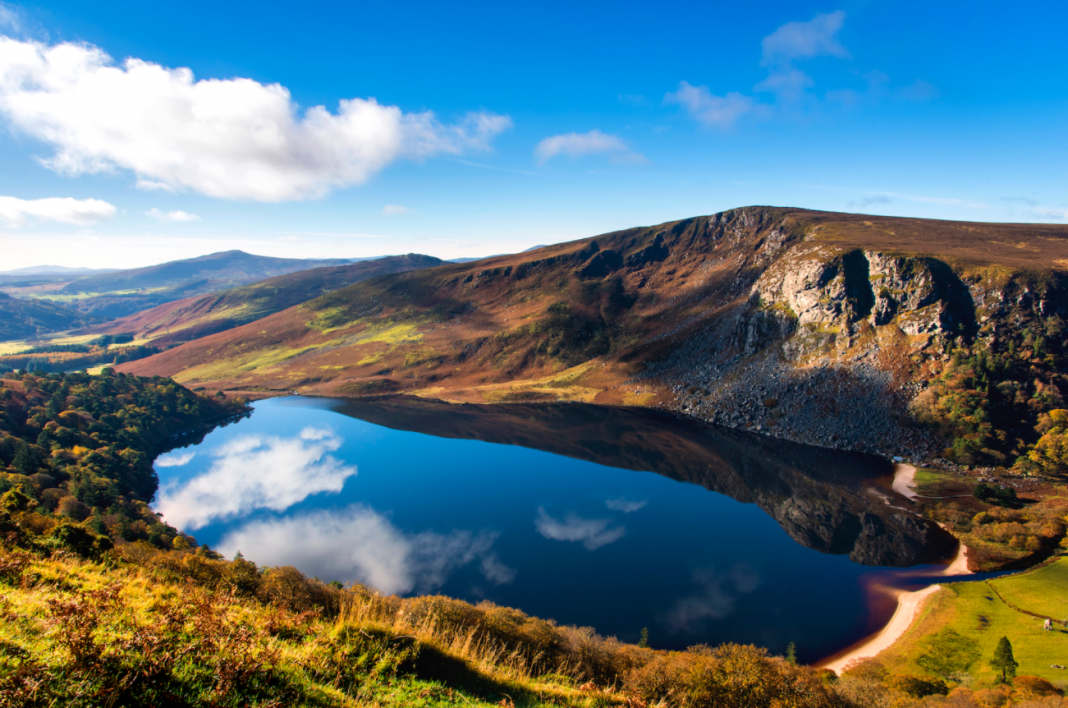 Premiering on Netflix from 25 February, the brand new series was filmed across the beautiful Wicklow Mountains in Ireland’s Ancient East.

Set over 100 years after the events of the hugely successful HISTORY drama Vikings, which ran 6 seasons and 89 episodes.  This next-generation series Vikings: Valhalla chronicles the heroic adventures of some of the most famous Vikings who ever lived.

The new drama promises everything that fans love about the franchise – heart-pounding action rooted in rich characters and dramatic storytelling that shines the light on family, loyalty and power.

In Tourism Ireland’s behind-the scenes video snapshot of their experiences of the shoot, two of the Vikings: Valhalla stars have been talking about filming in Ireland and their favourite places around the country.

“I have loved filming in Ireland, it’s one of the most beautiful places I’ve ever been,” Leo Suter emphasises in the video.

He adds that it is pretty hard to identify a favourite spot in Ireland because there are so many, but singles out a location on the Wild Atlantic Way.

“I went to the Dingle Peninsula, which is on the west coast, and that was extraordinary. The drive along there takes your breath away. I camped there and we saw some shooting stars. Pretty awesome.”

Speaking on set at the famous ‘Guinness lake’, or Lough Tay in the Wicklow Mountains, Sam Corlett describes the red texture of the water and “white sandy beaches which kinda look like the froth on top of your beer.”

Sam explains to camera that the lake is the setting for the show’s battle scenes, some of the on-water activity in Viking longships and the Kattegat, which most fans will know was the fictional home town of the Vikings in the original series.

“If I had to pick a favourite location in Ireland I’d probably choose this one,” he says of Lough Tay. “It is a very dynamic place and it’s beautiful.”

One of Ireland’s most gorgeous and picturesque destinations, County Wicklow, just south of Dublin, has become known as the Hollywood of Europe.

Its coastline and beautiful mountains, with their heather-strewn slopes, gorgeous lakes, waterfalls and woodlands provide the stunning settings not just for Viking dramas, but also for other TV shows and films that have included The Tudors, Braveheart and P.S. I Love You.

The real-life locations for Vikings: Valhalla include the privately owned Luggala Estate, the vast former ancestral home of the Guinness dynasty. The estate features heavily as the rugged Scandinavian landscape surrounding Kattegat.

Wicklow Mountains National Park is packed with natural lakes, and as well as Lough Tay, the picturesque Lough Dan serves as a backdrop for scenes set at sea, along with the Blessington lakes, which cover 5,000 acres of tranquil clean water and provide an area of breathtaking scenery.

Alongside many other scenic locations in the county, the state-of-the-art, purpose built Ashford Studios is used for production and scenes that just can’t be created in open locations.

All eight episodes of Season 1 of Vikings: Valhalla will be available on Netflix from 25 February.