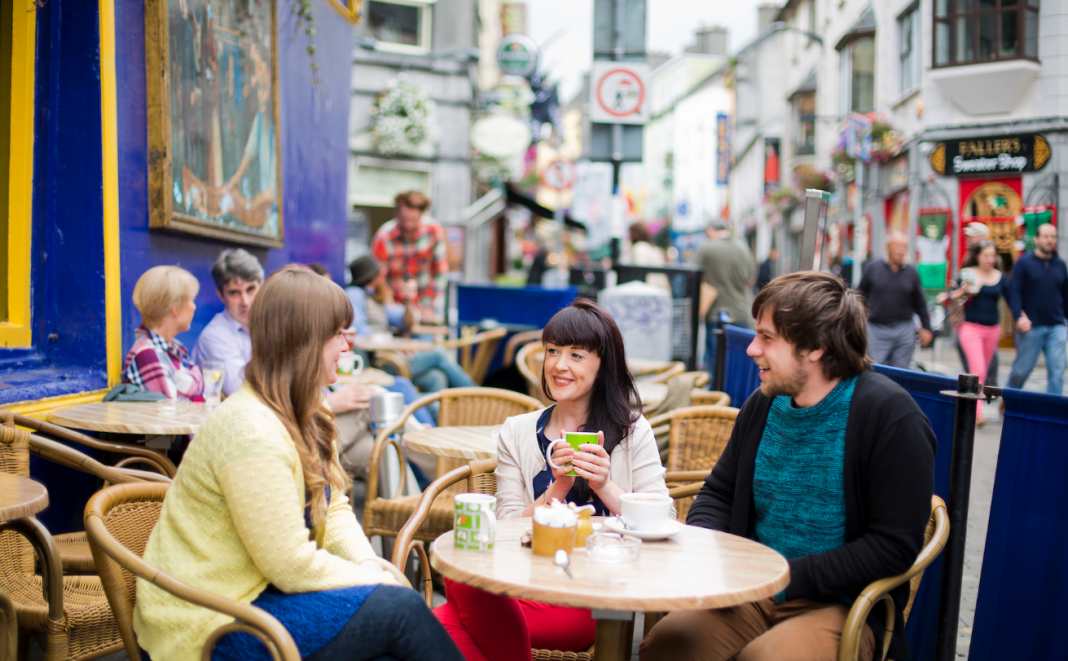 Famed travel publisher Lonely Planet has created a list of the best pubs on the island of Ireland. Sláinte!

From the collection of some 7,000 pubs scattered across the country, the leading travel guide has narrowed down its picks to a list of just 20, which it advises people to “bookmark” for their next trip.

Recommending where readers can “enjoy creamy pints, find the cosiest snugs and experience the friendliest of welcomes”, Lonely Planet says the Irish pub is an essential part of Ireland’s culture.

It has named some classic Irish spots across the island on the list, with old favourites such as The Gravedigger’s in Dublin, Dick Mack’s in Dingle County Kerry and Northern Ireland’s Blakes of the Hollow in Enniskillen, County Fermanagh, in their round-up of top tier pubs.

Making the list are pubs that have been open for hundreds of years, with others offering expertly poured pints, “unbeatable Irish music sessions” and “mouth-watering seasonal food… so grab your creamy pints and steal that snug before someone else beats you to it”.

Further Dublin venues in the top 20 include Street 66 and the Cobblestone in Smithfield, while in Belfast the advice is to look out for the cosy The Duke of York and the gimmick-free Sunflower, both of which feature traditional music.

After enjoying beautiful scenery, the pubs of the Wild Atlantic Way are a welcome stop for great food, traditional live music and top-notch pints. Lonely Planet recommends six spots in the west of Ireland, including two County Donegal crackers: The Rusty Mackerel near the spectacular Slieve League sea cliffs in the southwest, and Teach Hiúdaí Beag in the heart of the Donegal Gaeltacht where Irish is still the main language spoken.

Further down the stunning western coastline, you can discover the ‘water of life’ and raise a glass of whiskey to the great Irish poet W.B. Yeats in Thomas Connolly’s in Sligo town. Or head to O’Loclainn’s Irish Whiskey Bar in Ballyvaughan, County Clare, which has 500 whiskeys on display and 70 Irish whiskeys for sale.

In the heart of Galway city, Tigh Neachtain is known for unforgettable music sessions and has been serving up pints since 1894, while Mother Macs in Limerick city offers a refreshing range of craft beers in an iconic building dating from the 1700s.

The walls of De Barra’s Folk Club in Clonakilty, County Cork are covered with musical instruments from all over the world. As well as being a traditional Irish pub, this place is known as the ‘Carnegie Hall’ of Cork, having hosted legendary folk musicians such as Christy Moore.

Popular with those taking cruises in the nearby River Shannon in Ireland’s Hidden Heartlands, JJ Hough’s Singing Pub is a legend among Irish pubs. At 250 years old, the pub has long been celebrated for its charm, warm welcome, beers, cocktails and pizza.

On the east coast of Ireland gin cocktails overlooking the sea await in The Moorings in Dungarvan, County Waterford, a slice of heaven on a sunny day or after cycling the Waterford Greenway.

Other Lonely Planet listings to look out for in Ireland’s Ancient East include Mickey Finns Pub, County Wicklow, which hosts story-telling nights and traditional music sessions and sits in a truly stunning setting in the heart of the ‘Garden of Ireland’.

Clarke’s Bar in Drogheda, County Louth, makes the Lonely Planet top 20 list because it is “small, charming and unpretentious” and Morrissey’s pub and grocery store in Abbeyleix, County Laois – dating from 1775 – is recommended because “a hotchpotch of oddities lines the shelves above the pew seats and pot-belly stove”.

O’Connell’s pub in Skryne, County Meath, will be very familiar to many, as it has featured in the Guinness Christmas advertisement for 17 years. It’s situated in the stunningly beautiful Skryne, just across the valley from the Hill of Tara.

The pub has been in the O’Connell family for 170 years and little has changed over the generations. It still boasts of having no TV and no internet.

VIA www.ireland.com from the Lonely Planet

The Irish greenway with the winning formula