Home Uncategorized The Irish greenway with the winning formula 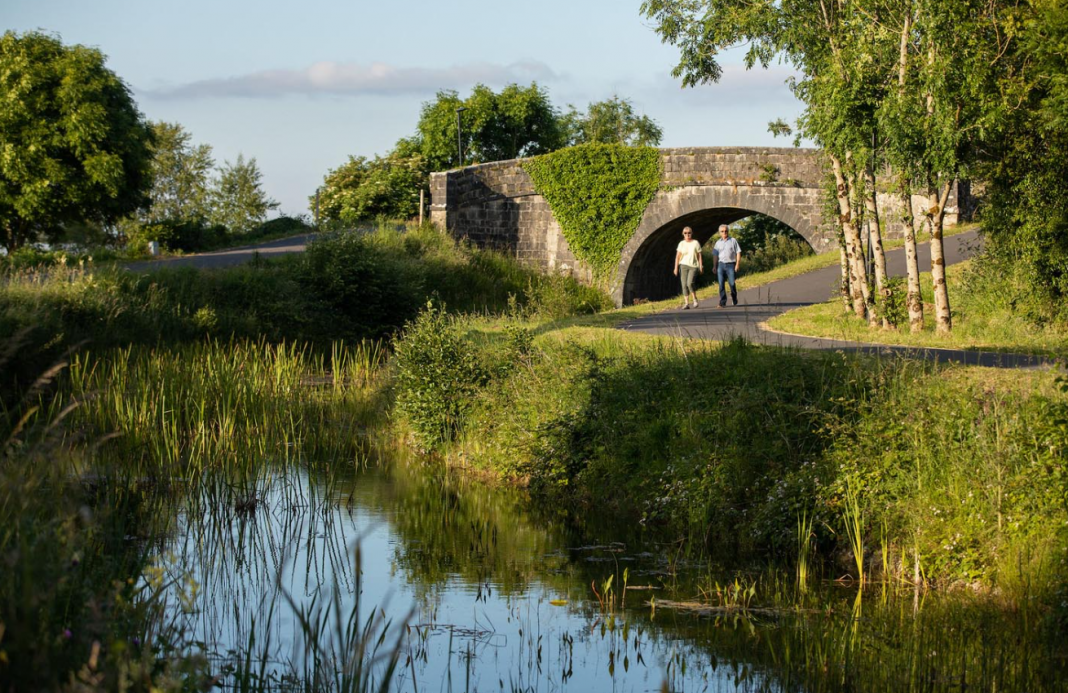 The Irish greenway with the winning formula

Ireland’s Royal Canal Greenway has been awarded the title of European Cycle Route of the Year 2022.

The prestigious award was handed out by leading Dutch walking and cycling fair Fiets en Wandelbeurs at a season opening event held in the Netherlands.

Judged by a jury of experts from across the Netherlands, the Fiets en Wandelbeurs European Cycle Route of the Year Award is normally attended by over 40,000 cycling enthusiasts.

The Royal Canal Greenway, the longest yet in the growing network of greenways on the island of Ireland, was competing against beloved routes in Germany, the Netherlands and Belgium.

“The narrow waterway meanders through a beautiful and varied landscape, with meadows, forests and moors,” said a citation from the fair, which is run by event, holiday and marketing company, Hicle.

“Along the way you will come across 90 old bridges and more than 30 locks. You will see a typical Irish landscape with stone walls, sheep and ruins.

“And in the evenings, in accordance with Irish tradition, the residents sit relaxed with a pint.”

The 130km Royal Canal Greenway begins 25km east of Dublin in cosmopolitan Maynooth in County Kildare, and stretches through counties Meath and Westmeath to the tranquil harbour village of Cloondara in County Longford, where it links with the Shannon, Ireland’s longest river.

A mostly flat, off-road route, it follows a former towpath for horse‐drawn barges and, in addition to the bridges and locks, features 17 harbours, four aqueducts and stunning Irish scenery.

Well-serviced by bike hire operators, accommodation providers and plenty of pretty, independent hostelries, there are also numerous cafés, bistros and coffee providers along the greenway’s length.

Luggage transport and other services are available to multi-day travellers choosing the full trip or selecting one or more of the 14 sections on the greenway.

Fast becoming a destination of choice for those looking for a sustainable, active holiday, the Royal Canal Greenway has something for everyone and is perfect for a car-free week-long escape or a couple of days away from the hustle and bustle of life.

For a central base, the town of Mullingar in County Westmeath is a good choice. Located in the heart of Ireland’s Ancient East, and just 79km from Dublin, this busy market town boasts excellent facilities, award-winning hotels, guest houses and activities to suit every age.

However, it is possible to cycle between any of the main towns on the route, and as the greenway is accessible to the Irish rail network you can return by train to where you started.

The best pubs in Ireland for the time of your life