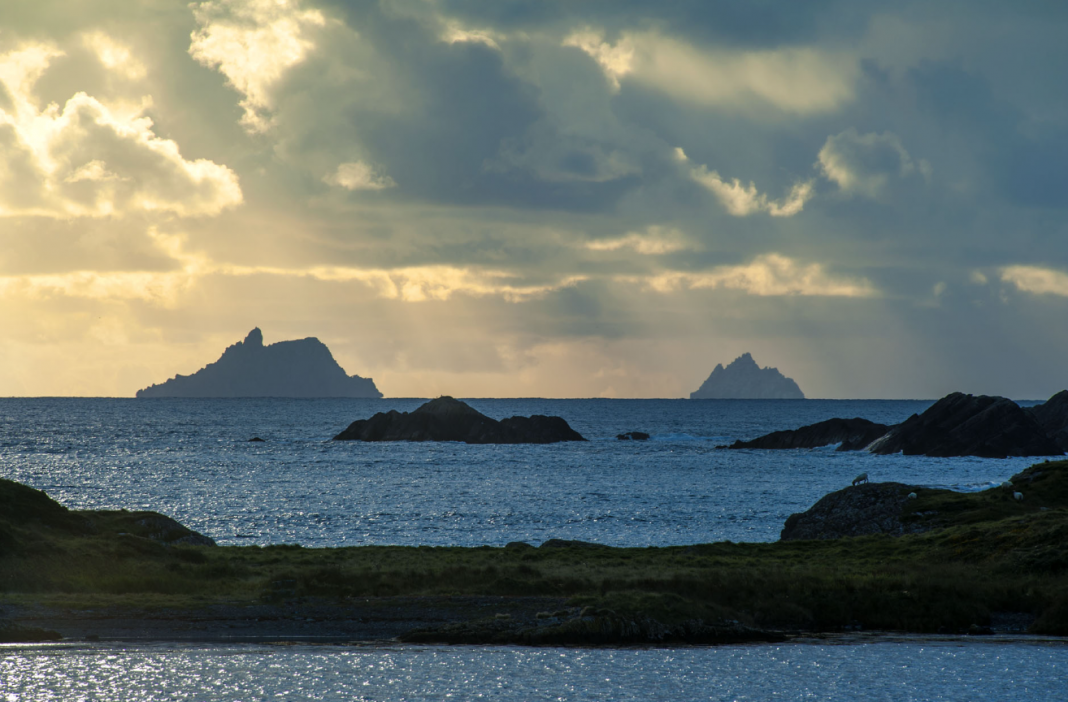 The special aura and rugged beauty of the Skellig Islands have made an imprint not only on thousands of visitors but also on those whose job it is to care for them.

Off the coast of County Kerry, on Ireland’s Wild Atlantic Way, sit two small, jagged islands, dramatically beautiful and significant for their history, birdlife and most recently their cultural resonance as a filming location for Star Wars.

These are the Skelligs – Skellig Michael and Little Skellig.

Every year thousands of visitors make the ferry crossing to explore the UNESCO World Heritage Site, chosen by sixth-century monks as the location for their monastery, to see their stone-built, beehive homes and experience the peace of this iconic place.

But for others the islands are a place of work.

Pat O’Shea has been the district foreman at Skellig Michael for the last 34 years. Each Monday between April and October, weather permitting, he and his team from the Office of Public Works head to the island to carry out their caretaking duties for the next five days.

Living conditions on the island are still relatively primitive. Solar panels provide electricity for their huts, which come complete with a small gas cooker, and the team brings with them maintenance supplies and food for the week.

“You have to make it your home,” says Pat, whose speciality is dry-stone walling. “You have to do proper cooking and try to have a proper meal.

“I like the solitude and the peace of the island, but if you get a lot of cold weather, with fronts coming in and fog, you could be marooned for some time, and maybe time can feel a bit long,” he says.

“But in general, I like my work, which is a big bonus. I get great job satisfaction.”

Also working on the island is Robert Harris, the head guide, who has been coming each season for the last 35 years. Originally from the United States, he and four other guides look after the 180 daily visitors.

Robert continues to be struck by the emotional effect the island has on those who visit.

“It’s a wilderness environment and some people might not know exactly what they’re dealing with when they get there. When visitors go up and look at a place where monks lived so long ago…, a precious and tangible isolated spot where you can have physical contact with a different vision, it is incredibly good.

“It is nice to keep a perspective open on a different way of living, and the island represents something like that.

“My love for the place hasn’t waned. I’m more protective of it than I used to be as I realise that it is a fragile and unusual place,” he says.

Little Skellig is renowned as the home of the second largest colony of gannets in the world and both islands also have thriving colonies of puffins, artic terns, Manx shearwater, fulmar, cormorants and guillemots.

For guide Catherine Merrigan, the nature on the island is her passion.

“The birdlife here is incredible. The island is just teeming with life,” she says.

But her first days were quite a shock because of the isolation.

“I probably would not have stayed, but there were no boats out for five days and by then I just got a love for the place,” she says. “I realised how special the place was, and I still can say it to this day.”

For Pat and the others, the advantages of island life outweigh the challenges.

Skellig Michael can be visited May to October if the weather allows. It’s an 11.5km boat trip from Portmagee, Valentia, Ballinskelligs or Derrynane Harbour in County Kerry.