Home Adventure Summertime festivals on the island of Ireland 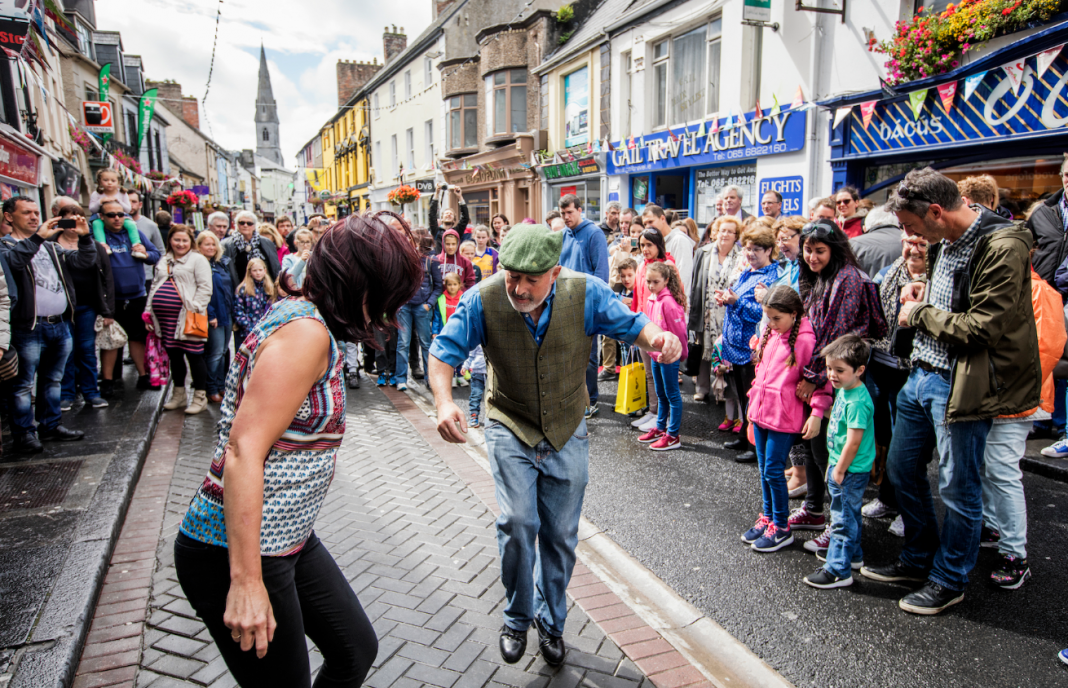 A summertime trip to Ireland isn’t complete until you take in at least one of the many kinds of music, arts and culture festivals the island is renowned for.

From the quintessentially Irish to the quirky and the downright unforgettable, Ireland’s festivals bring fun, laughter, good times and great memories.

Among the key dates to look out for this summer is the Galway International Arts Festival (11 – 24 July), which has been described as “the biggest, most exciting, most imaginative explosion of arts activity” on the island of Ireland. This year it features artists from Africa, America, Asia, Australia, Europe, and of course Ireland and Galway, in a major programme of theatre, music, comedy, visual art, dance, and literary events.

There will be concerts from the likes of the Pixies, The Flaming Lips and The Stunning, with theatrical highlights including a production of Sam Shepard’s True West, by the Chicago based Steppenwolf Company. Among the many other events is ‘Lifeline’, an ambitious project from Galway’s time as a European Capital of Culture, which will see 150 locals perform on a high wire over the River Corrib.

For a taste the salt air, try Derry-Londonderry’s magical Foyle Maritime Festival (20 – 24 July), where Northern Ireland’s famous Walled City will welcome the sailors taking part in the Clipper Round the World Yacht Race. Look out for street theatre, firework displays, water activities and delicious foodie delights aplenty. Surrounded by the fascinating history of the city walls and a fleet of 70-foot ocean liners, this is a festival that you’ll have to make room in your schedule for.

Held on the stunning Causeway Coastal Route and surrounding areas in Northern Ireland, SuperCup NI (24 – 29 July) is a world-renowned international youth football tournament. With teams from Mexico, Bermuda and the English Premier League, including Man Utd, taking part, it offers a unique opportunity for fans to spot some of soccer’s most promising talent and future stars in the making.

Fleadh Cheoil na hÉireann (Music Festival of Ireland) is the biggest traditional Irish music festival on the planet. This year it takes place in Mullingar, County Westmeath, in Ireland’s Hidden Heartlands (31 July – 7 August). The week-long jamboree of Irish music, song and dance, not to mention late nights and family fun, is the ultimate summer highlight for music fans and culture seekers alike.

Set in buzzing Belfast, the August Féile (4 – 14 August) is part of Féile an Phobail, the island’s largest community festival. A celebration of diversity, passion and creativity, it draws people from around the world to west Belfast. Head here to see the carnival parade on Saturday 6 August, and to take in concerts, comedy, talks, tours, theatre, debate, family, and above all, great community craic.

Or you could go for charming summer nights of music, comedy, film and theatre in the beautiful seaside town of Bangor in Northern Ireland, which has just been awarded UK city status. The Open House Festival (11 – 29 August) will set up in the gorgeous Bangor Castle Walled Garden and will see headline acts such as Beth Orton, Paul Brady, Eddi Reader and the Hothouse Flowers perform, with classic film screenings including Thelma and Louise and Chicago.

Integral to an Irish summer is one of the greatest show-jumping events in the world, the Dublin International Horse Show (17 – 21 August). A celebration of Ireland’s affinity with the horse and all things equine, it lights up August and welcomes competitors and visitors from around the globe. Over 1,000 superb horses and ponies are involved in this magical show, but it is also renowned for lots of style, shopping and socialising.

Running since 1959, the Rose of Tralee International Festival (19 – 23 August) is another ever-present Irish festival must-do. It sees the streets of Tralee transform into a feast of parades, music, circus, funfair, markets and traditional Irish entertainment. The five days of events culminate in two evenings, where Roses of Irish descent from around the world come together to celebrate the Irish diaspora.

For those who feel brave enough to take on the epic challenge, the Antrim Coast Half Marathon (28 August) awaits. It takes place against a backdrop of the Causeway Coastal Route, voted by Lonely Planet as “one of the top five greatest drives on Earth”. The World Athletics certified course is flat and quick, promising one of the fastest half marathons in the world.

For film buffs, the Galway Film Fleadh (5 – 10 July) is the perfect platform to explore exciting new enterprises in the movie world, and for an immerive 15-day feast of the arts on Ireland’s Wild Atlantic Way, head to the Earagail Arts Festival (9 – 24 July) in County Donegal.

If you like exceptional street art, the Viking city of Waterford serves up Spraoi Waterford (29 – 31 July), which offers four days of non-stop fun in the heart of Ireland’s Ancient East.

With these, and many more, non-stop festival fun can be found all around the island of Ireland this summer. Festivals are the Irish way. You just have to be there.