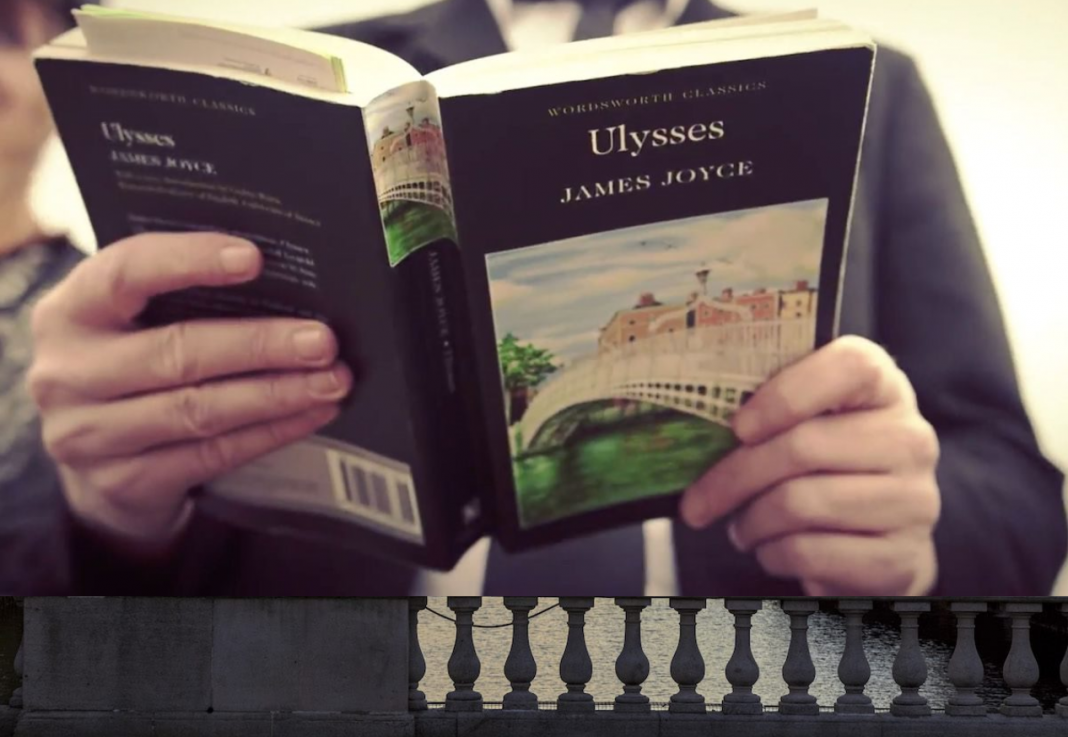 The Irish capital will be thronging with literature lovers this year as the city celebrates the centenary of James Joyce’s revered masterpiece Ulysses.

All over the globe in 2022 a host of literary events, exhibitions and artistic commissions are set to mark the 100th anniversary of the publication of one of the most iconic works of English literature.

However the author’s birthplace will be the epicentre of the celebrations as the UNESCO City of Literature comes alive with a programme of artworks, readings, talks, food and walking tours, exhibitions, music, theatre and much more from 2 February.

This was the original publication date of the book that put Dublin on the world map and elevated Joyce into the pantheon of the greatest writers of all time.

In Ulysses, the story unfolds around Dublin on Thursday 16 June, 1904. Coincidentally, 16 June in 2022 is a Thursday, while Joyce himself was very superstitious about 2 February, not least because the first publication of his unique experimental novel coincided with his 40th birthday.

Dublin’s Joycean celebrations will take place throughout the year and will culminate on 16 June, which later became internationally known as ‘Bloomsday’ in honour of the novel’s central character Leopold Bloom.

Among the literary attractions marking the centenary will be the Museum of Literature Ireland, located in one of Dublin’s finest historic houses. The museum, branded MoLI in homage to Molly Bloom, Joyce’s heroine in Ulysses, will be the focal point of the city’s celebrations.

Throughout the year MoLI, will host a series of events, inviting artists, writers, academics and performers to celebrate Ulysses and its continued impact on creativity today.

Among the events it will launch on 2 February will be Love, Says Bloom, a new visual exploration of Joyce’s intensely loving family unit through film, images, narrative and contemporary song. The installation, which will be available at MoLI until 3 July, is curated by highly regarded Irish novelist, short story writer and poet Nuala O’Connor.

On 2 February MoLI will also announce a full line-up for Ulysses 2.2, which will be a collaboration with the museum, innovative theatre, visual art and dance company ANU, and Landmark Productions, one of Ireland’s leading theatre producers.

Ulysses 2.2 will consist of 18 new artworks inspired by the 18 episodes in Joyce’s novel and features collaborations by leading Irish artists across all disciplines, including the likes of Dublin-born writer Anne Enright, columnist and writer Fintan O’Toole, Poetry Ireland and the Irish National Opera with Marina Carr and Evangelia Rigaki.

The opening of Ulysses 2.2 Episode 1: Anne Enright at MoLI will take place on 15 February and will feature a new theatrical installation that uses eye-tracking software illuminating how people read Ulysses. Further dates will be confirmed over the course of the project.

In partnership with the Government of Ireland, MoLI has also launched Ulysses100, a new digital platform and guide to the Irish and international events relating to the centenary. The site will  function as a collecting mechanism to record these and other activities for future study and research.

Ulysses100 highlights important international centenary events including Ulysses Journey 2022, six new film and music works by composers from Ireland, which are inspired by, reflect on, an/or respond to Ulysses Ulysses Journey 2022 will start in Dublin and Paris on 2 February, and will journey to Belfast and back to Dublin in early February and throughout April, before going to Budapest for Bloomsday 2022 and ending in Paris on 18 June 2022.

In Paris, the Centre Culturel Irlandais will present A Nation Under the Influence: Ireland at 100, billed as “an honest spotlight on the maturing of a nation, in the vein of the candid portrait of Dublin painted by Joyce’s Ulysses”.

In the United States, centenary events will include Women and the Making of Joyce’s Ulysses, taking place at the Harry Ransom Center in Austin, Texas. Curated by Clare Hutton of Loughborough University in England, this exhibition starts on 29 January and runs until 17 July. It will tell the story of the formative role of Joyce’s family members and, in particular, four women who were associated with the innovative literary experimentation of the period.

Back in Dublin, Ulysses fans everywhere are also invited to visit the city Joyce put so resoundingly on the literary map, as Trinity College Dublin and University College Dublin host the 28th International James Joyce Symposium from 12 – 18 June.

Meanwhile 2 February will see the James Joyce Centre in the city kick off its centenary celebrations. This stunning Georgian townhouse has many connections to Joyce and his works, including the original door from No. 7 Eccles Street, Leopold Bloom’s address in Ulysses.

Key events will include an exhibition of paintings by Aidan Hickey, which will chart the 18 episodes of Ulysses. In addition, the centre will run a series of walking tours from February onwards, which will take in performance, food and drink along with famous sites from the novel.

Literary fans can also bookmark the annual Bloomsday Festival, run by the James Joyce Centre. It’s an event that every book lover should attend at least once. A major literary holiday in Dublin, it brings thousands together for great fun, readings, musical concerts, pub crawls and other events that pay homage to a novel that is firmly embedded in Irish culture.

This year it will take place during the lead up to Bloomsday, 16 June, and will feature a myriad of ways to connect with Ulysses, with music, tours, theatre and talks in historic locations from the novel.

Many other places and events will mark the 100th anniversary of the publication of Ulysses in Dublin, including the James Joyce Tower in Sandycove and Davy Byrnes’ pub, which is immortalised in the novel.

And in light of the importance to Dublin, Ireland and the world of the Ulysses milestone, the Irish postal service An Post has created two new Ulysses100 stamps. Designed by Amsterdam-based Irish designers, The Stone Twins, the stamps are intentionally unorthodox, challenging and unexpected, as well as modernist – exactly what is expected from a reading of Ulysses.

Dublin: a must-book in the Ulysses centenary year

The 10 best places to steal a Valentine’s Day kiss on...

All you need is love….. The Imperial Hotel Cork

Destination Ireland Guide - 24 January 2022 0
Spoil your loved one this Valentines with a romantic break to Cork’s grand dame of romance, The Imperial Hotel, which has been hosting first...

New attractions for 2022 on the island of Ireland

New attractions for 2022 on the island of Ireland