Home Culture Off the beaten track in Ireland’s County Offaly 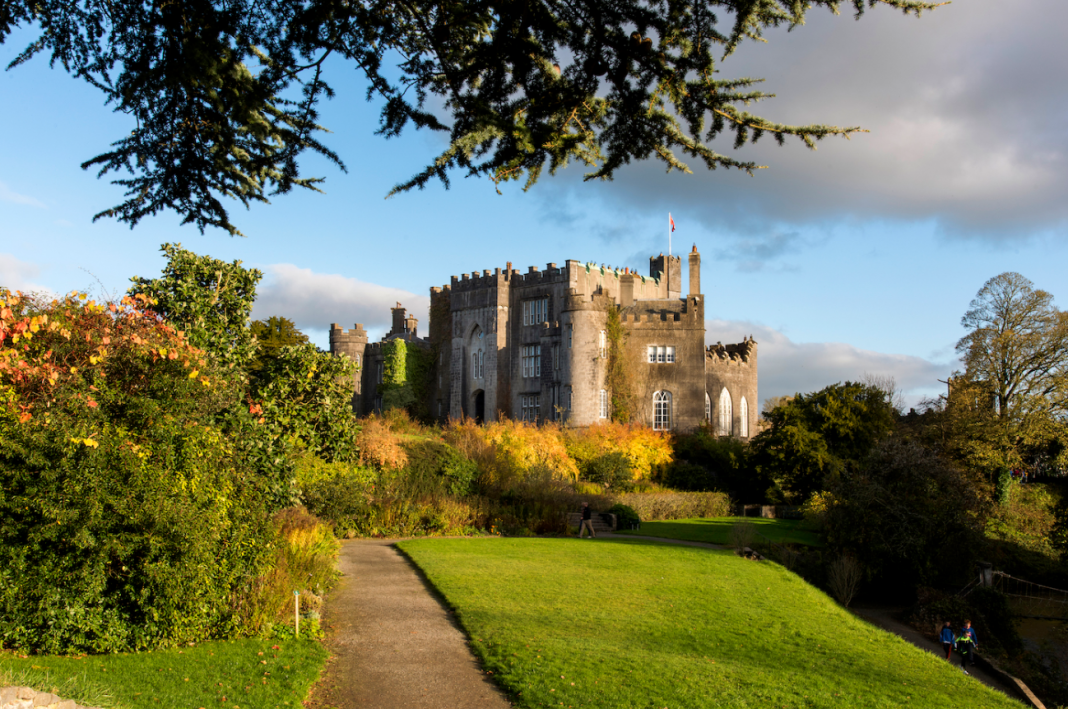 An idyllic region in the Irish midlands offers a surprising array of attractions and many hidden gems you won’t want to miss.

County Offaly sits in the heart of Ireland with the majestic River Shannon on its western borders and the soft rolling hills of the Slieve Bloom mountains to the east.

A wild mountain park, great expanses of bogland, towering castles and wooded valleys with rushing streams and rivers decorate this beautiful county in Ireland’s Ancient East. Whether exploring this historic heartland by boat, or along the quiet byways that criss-cross the peaceful rural landscape, you’ll have a range of ancient sites to visit and outdoor adventures to enjoy.

Offaly’s historic jewel is the spectacular Clonmacnoise, an Irish national monument nestled on the banks of the River Shannon. This early medieval ecclesiastical site was founded in the sixth century by St Ciarán. Much visited and much admired, its atmospheric ruins contain a cathedral, two round towers, three high crosses, nine churches and over 700 early Christian grave slabs well worth seeing.

For over 400 years Offaly’s Birr Castle and Demesne, considered Ireland’s oldest inhabited home, has been the private residence of the Parsons family, the Earl and Countess of Rosse, who still occupy it.

Although the castle is not open to the public, you are welcome to explore the 100-acre gardens filled with more than 1,000 species of trees and shrubs. The Science Centre in the grounds reveals the wonders of early photography, engineering and astronomy with a special emphasis on the world-famous Great Telescope developed in 1845 by a previous Earl of Rosse.

President Barack ‘O’ Bama’s famous visit to his Irish ancestral home in Moneygall helped put Offaly on the world map in 2011. However, Tullamore D.E.W. Irish whiskey has been one of the county’s leading ambassadors since 1829 and a new whiskey experience is planned for 2022, replacing the existing one at the distillery on Tullamore’s Grand Canal.

Cruising and kayaking on the waterways are among the many relaxing outdoor activities to be found in Offaly, with the Slieve Bloom Mountains especially popular for walking and climbing. This area is packed with eco-trails, forest paths and a signposted walk known as the Slieve Bloom Way, or you can follow the timber boardwalk through the nature reserve at Clara Bog, home to many protected wildlife species, and stop by the visitor centre to find out more about this impressive place.

Cyclists will also find plenty of options, ranging from hill climbs to flatland, while golfers can follow in the footsteps of major-winner Shane Lowry at Esker Hills Golf Club, where he learned his game.

Hidden gems to explore in County Offaly include a replica of an Egyptian pyramid in the small village of Kinnitty. It’s the unusual burial place of the Bernard family who once owned nearby Kinnitty Castle.

Look out also for Lloyd Town Park in Tullamore, which spans more than 20 acres and is ideal for a quiet stroll, and don’t miss the new Meelick Weir and walkway which spans the River Shannon and lets you walk from County Offaly to County Galway. It’s over 300m in length and there are stunning views of the river, boats and cruisers, and the surrounding countryside.