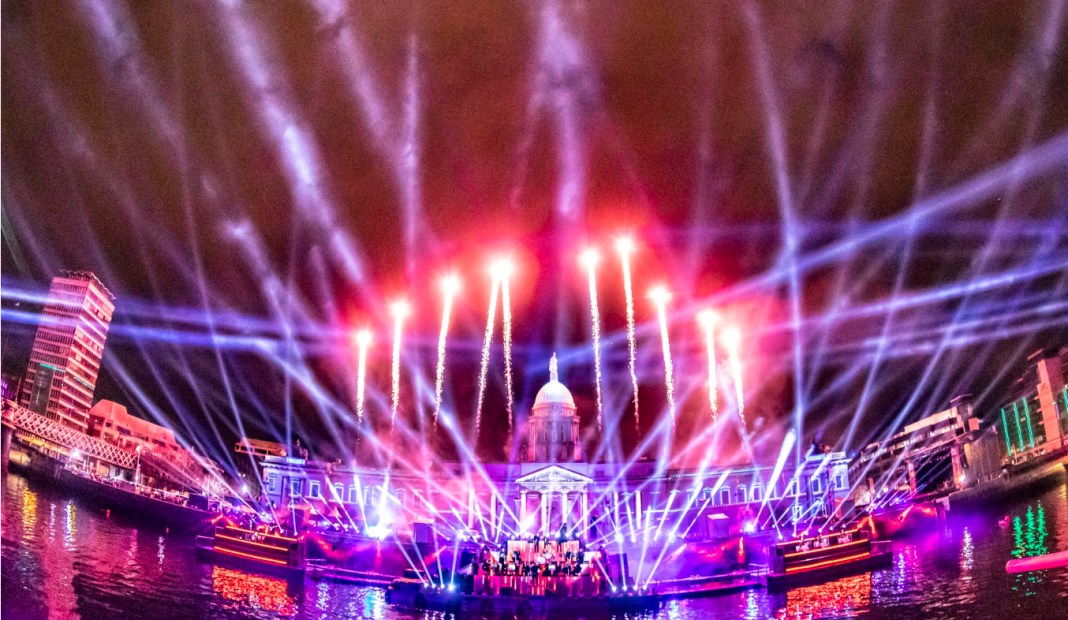 Two days of festivities will see out the old year and ring in the new, as Dublin puts on a spectacular New Year’s Festival.

Live music from top musicians, street entertainment, electrifying visual displays and an exciting Festival Village are just some of the ingredients that will make up Dublin’s dazzling two-day New Year’s Festival.

On New Year’s Eve a host of stellar Irish musicians and DJs will perform live across six stages along North Wall Quay where the Festival Village will serve up fabulous food and feature artisan stalls.

There will be two spectacular midnight moment countdown events kicking off with a family-friendly matinee show on December 31 from 4pm, with the evening show starting at 8pm.

These Brighter Futures Midnight Moment events will welcome 2023 in fantastic fashion. They will include an awesome visual and musical display featuring original music – The Rhythm of the Irish – created especially for the event to showcase the unique beat and feeling only found in Ireland.

Irish superstar band Westlife have been announced as the headline act for the festival performing in the brand-new Festival Village on New Year’s Eve with special guests Gavin James and Lyra.

Westlife said: “2022 has been an incredible year for us, seeing so many of our fans from around the world up close and personal, but there is always something extra special about a home crowd, so as we head into 2023 let’s do the countdown together, in style, at Dublin’s New Year’s Festival Dublin. It’s going to be an unforgettable party.”

The celebrations and festivities will continue on New Year’s Day with an afternoon of live music in Temple Bar, the cultural heart of Dublin City.

Here, in these cobblestoned streets, there will also be interactive artwork displays and street performances with an upbeat ambiance that will capture the New Year mood.

Dublin’s special Resolution Tree will be back in Meeting House Square, giving people the opportunity to write their hopes for the year on compostable tags and tie them to the tree. After the festival the tags will be processed into compost which will be used to plant a real tree.

Over the two festival days, the city will welcome more than 100,000 people to enjoy the party atmosphere.

The full line up of acts and events will be announced over the coming weeks. Tickets for Westlife at the NYF Dublin Festival Village and the Midnight Moment events will go on sale on Thursday 17 November from www.ticketmaster.ie

And after the festival is over you will find lots of amazing attractions across Dublin City to enjoy for the rest of your stay. These include the Guinness Storehouse, EPIC – the Irish Emigration Museum, and the world-famous Book of Kells at Trinity College Dublin.

Destination Ireland Guide - 19 October 2022 0
Christmas is a wonderful time to visit the island of Ireland and it’s easy to keep sustainability at the heart of your trip. With festivals,...