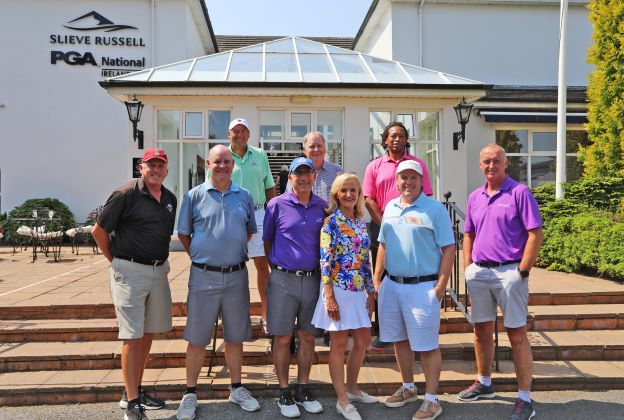 A group of top golf journalists from the United States is visiting the island of Ireland this week, as guests of Tourism Ireland, Fáilte Ireland and Tourism NI. The group – which includes journalists from popular golf magazines, TV shows, radio stations and online publications – has a combined audience of millions of readers, viewers and listeners.

The journalists are here on a fact-finding visit, to experience some of our top golf courses for themselves. The aim is to highlight the fact that Ireland offers some of the very best golf in the world – with something for everyone, from beginner to pro, as well as spectacular scenery and fantastic experiences.

Promoting golf on the island of Ireland is a major focus for Tourism Ireland in the United States and in other important golf markets around the world. Tourism Ireland’s key messages include major upcoming events – including the return of The Open to Royal Portrush in 2025 and the Ryder Cup at Adare Manor in 2027.

Alison Metcalfe, Tourism Ireland’s Head of North America, said: “Tourism Ireland was delighted to invite these leading golf journalists from the United States to come and experience our world-class golf for themselves. Through their articles and broadcasts, they will encourage their readers, viewers and listeners to come and experience Ireland for themselves. They will be highlighting the fact that the island of Ireland offers some of the very best golf in the world and has something for everyone, from beginner to pro.”