Home Adventure New attractions for 2022 on the island of Ireland 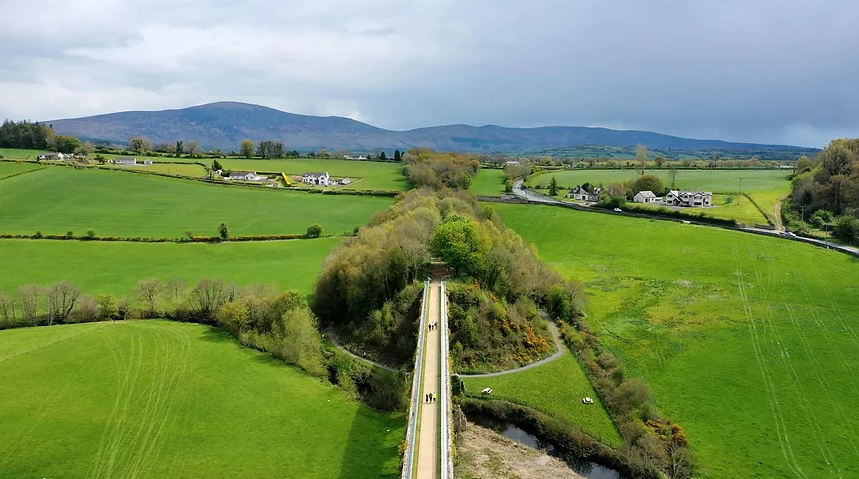 No matter where you travel around the island of Ireland, you’re always going to find something to put on your bucket list of things to see and do.

A host of new attractions and experiences are open or will be ready to open for 2022, so make this year the one you find something different to explore on the greenest, friendliest and most beautiful island on earth.

The world’s only official Game of Thrones Studio Tour will open on 4 February in Northern Ireland. This stunning new attraction is located at the acclaimed series’ original filming location of Linen Mill Studios in Banbridge, County Down, and is certain to be a major draw to ‘Thrones’ fans from around the world.

The huge brand new interactive experience will allow fans to explore a vast array of original sets, costumes, props and set pieces, with the aim of bringing visitors closer to the Seven Kingdoms than ever before.

Getting lost in Ireland will be fun if you head to the new Ireland’s Ancient East Maze opened at Skypark, an exciting adventure park in Carlingford, County Louth. As well as having to find your way out of the maze, it will also take you on a whirlwind tour of some of the main attractions situated in Ireland’s Ancient East, including Glendalough, Blarney Castle and Brú na Bóinne.

Suitable for all ages and abilities, the 776sq m wooden maze is built from sustainable wood – and watch out, the escape route can be altered via movable gates so there are lots of different solutions.

Walking destinations are also opening up in Ireland’s Ancient East, including the new Borris Viaduct Walk in County Carlow, which offers a leisurely stroll around a spectacular sixteen-arch viaduct with beautiful views to the Blackstairs Mountains and Mount Leinster.

The South East Greenway, currently under construction and set to eventually link up with the well-known Waterford Greenway, should be finished and ready to open in 2022. The South East Greenway will connect the Norman town of New Ross in County Wexford to the Viking city of Waterford, through the scenic countryside of south Kilkenny, all in Ireland’s Ancient East.

In this historic landscape of Ireland’s Ancient East there are also many ancient pilgrim walking routes to be found, including St Declan’s Way, officially opened just last September. The 96km route links the ecclesiastical centres of Ardmore in County Waterford and Cashel in County Tipperary and follows a path that Declan took on his way to meet St Patrick in Cashel in the fifth century.

Meanwhile in the south of the island, Youghal in County Cork is now the home of Ireland’s longest seafront boardwalk, after a major extension to the existing structure. Opened last year, the 2m-wide and 7km boardwalk is wheelchair-friendly and provides a scenic link between Youghal town centre, a popular holiday destination for centuries, and Redbarn Beach, a breath-taking wide-open strand.

Those who look to the heavens for inspiration will not want to miss Our Place in Space, a brand new immersive solar system sculpture trail set to open in Derry~Londonderry in April 2022. The immersive 10km sculpture trail will feature various 4m high sculptures, including scale models of the sun and each of the planets in our solar system. It will take you on a journey through the solar system without leaving the ground.