Home Features High-octane motorbike racing is back in Northern Ireland 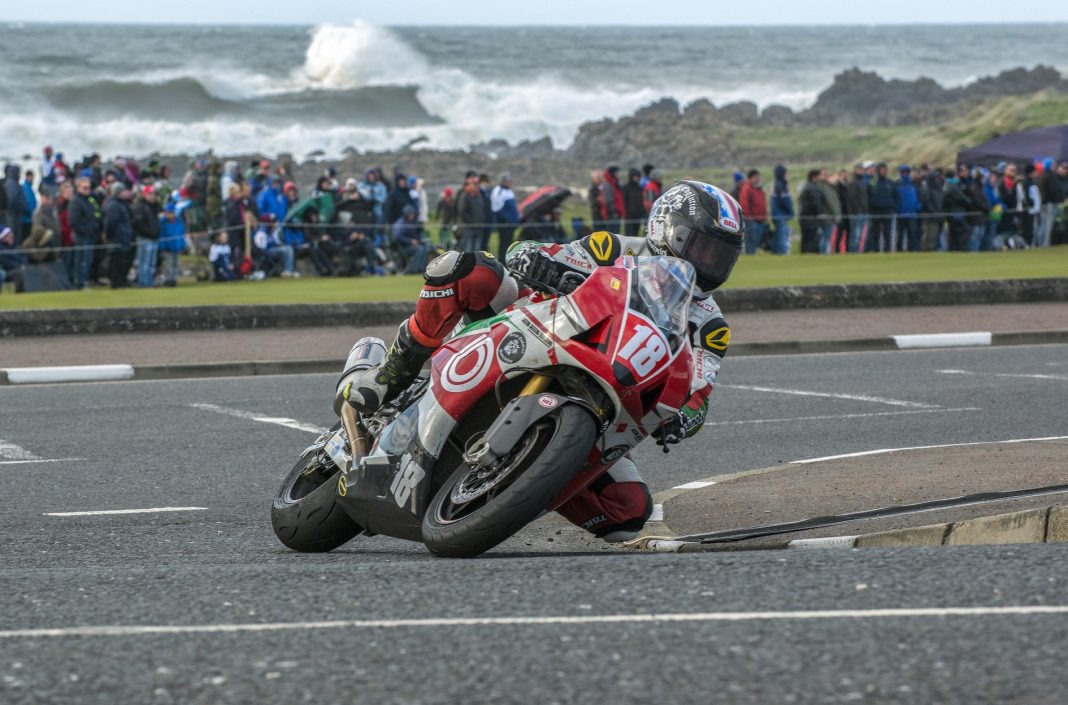 The International North West 200 motorcycling spectacle is revving up for a return to Northern Ireland’s famous Causeway Coastal Route.

Following a two-year hiatus, the road-racing spectacular will be on the starting grid from Sunday 8 May, with a hugely entertaining Race Week Festival running right up until the main race day of Saturday 14 May.

The International North West 200 is one of the world’s toughest and fastest motorcycle road races, taking place on a superfast 8.9 mile ‘triangle’ circuit of public roads that link the coastal holiday towns of Portrush and Portstewart, and inland to Coleraine.

Attracting the finest line-up of riders of any race on the planet and drawing up to 100,000 fans to the circuit, the ‘North West’ is also the largest outdoor sporting event on the island of Ireland.

This year’s Race Week Festival will feature everything from vintage and classic bike and car runs, meet the rider events, paddock walkabouts, live music in the hospitality marquee, a free outdoor concert, an amazing fireworks display and more.

The motorbike races take place on closed roads that locals normally use to make their way to work. Ordinarily, the triangle circuit would take 15-20 minutes to drive. On race days the bikes cover it in less than five, as big-name riders such as Michael Dunlop, Glenn Irwin and Lee Johnston cut through chicanes in the towns and accelerate out into the countryside at speeds of over 200 mph.

With five different ticketed grandstand locations to view the action from, and great vantage points all around the circuit, the event is not just a festival of speed, but the perfect occasion for experiencing the giant spirit of Northern Ireland.

From the nearby Giant’s Causeway, to the Carrick-a-rede- Rope Bridge, the Old Bushmills Distillery, miles of golden beaches and many locations where the Game of Thrones® TV series was filmed, the off-circuit adventure is as electrifying as the racing.

Explore the amazing coastline, take in picturesque seaside resorts like Portballintrae, Castlerock and Ballycastle, head for an urban experience in nearby Derry~Londonderry, or take the ferry out to Rathlin Island. A camera is essential, as the scenery and sights will bring memories to last a lifetime.

Many bike fans take the time to go to Ballymoney, home to the memorial gardens of the late great road racers Joey and Robert Dunlop, while there is also a free exhibition at the Town Hall Museum exploring the history of road racing in Ireland.

There is a range of quality hotels, guesthouses and B&Bs in and around the triangle circuit, plus plenty of camping and camper van sites, including an official ‘finish line’ site located among all the racing activity.

Roaring engines, high-octane action, endless sights to see and experiences to relish on the Causeway Coastal Route – it’s all part of the unforgettable International North West 200.