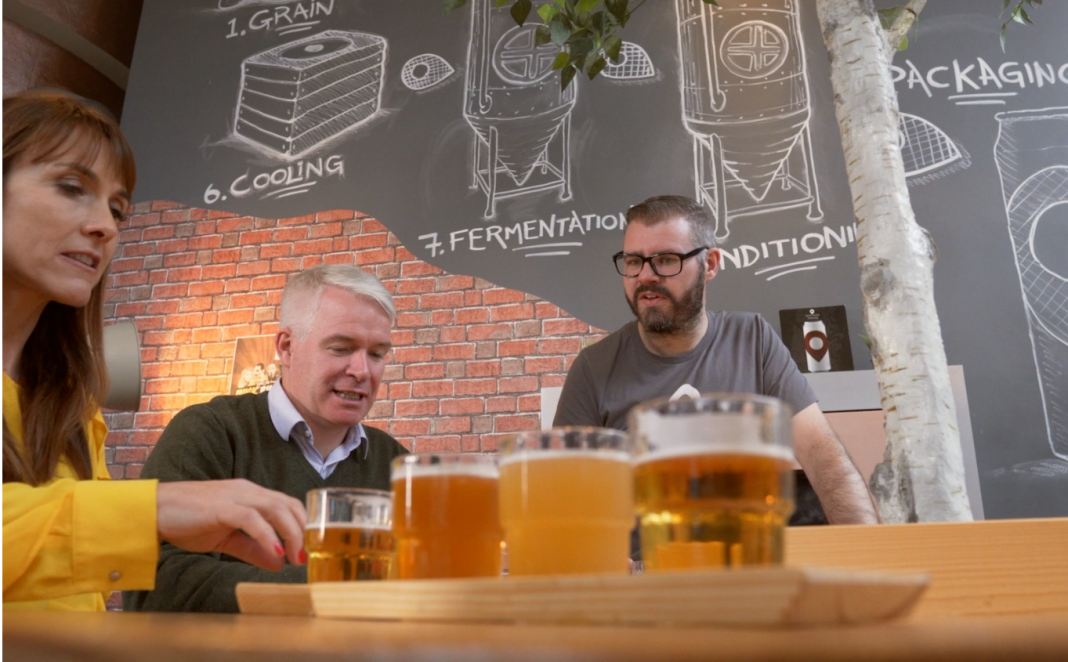 The global celebration of beer on 5 August is the perfect excuse to go on a beer journey around the array of mainstream breweries, microbreweries and brewpubs dotted across the island of Ireland.

While Guinness, Murphy’s, Smithwick’s, Beamish and the like remain big names within the Irish brewing industry, there is also a superb independent craft beer scene with over 170 active breweries on the island – many offering tours and tastings.

Among the many talented beer makers brewing up a storm in Ireland is the Franciscan Well Brewery in Cork, built on the site of a thirteenth-century monastery. Its World Beer Award-winning brews are sold across the island, so look out for Rebel Red, Friar Weisse, Chieftain IPA and Shandon Stout. Or best of all, head straight to the Franciscan Well Brewpub in Cork city and settle in for a session.

On the Wild Atlantic Way, the Galway Bay Brewery has been reviving age-old brewing techniques to produce beers full of body and flavour. Their Full Sail IPA, the Galway Bay red ale and a chocolate milk stout called Buried at Sea are favourites among the Irish beer community. This brewery also operates a number of craft beer pubs across the island, including The Dew Drop Inn in Galway, The Gasworks in Dublin and Northern Lights in Belfast.

For those exploring Ireland’s Hidden Heartlands, there are a number of breweries to discover, including the Dead Centre Brewing in Athlone, County Westmeath, which has installed a beautiful copper clad brewery in its brewpub right on the banks of the River Shannon.

Northern Ireland’s craft beers are delightful, with great names rooted in the place they come from. For instance, the community-owned co-operative on the famous Causeway Coast Route, Lacada Brewery Ltd, produces East the Beast (a local surfer’s wave), Dunluce Juice named for the historic Dunluce Castle and Rathlin Gold after Rathlin Island, which lies off the north coast.

If you like the sound of a beer masterclass, head to the Walled City Brewery in Derry~Londonderry. Talented brewers will tell you the extraordinary 9,000-year-old story of brewing, and you can taste 10 craft beers paired with snacks from an award-winning restaurant.

Or take a tour of County Down’s Whitewater Brewery, located on a fifth-generation family farm in the spectacular Mourne Mountain range. Then spend time in the tap house where you can taste Whitewater’s award-winning beers and enjoy a limited edition, barrel-aged stout.

In Ireland’s Ancient East, Dungarvan Brewing Company is another highly regarded microbrewery. It specialises in traditional style, bottled, canned, casked or kegged beers and is a great place to quench your thirst after a cycle on the Waterford Greenway.

And don’t miss the Smithwick’s Experience Kilkenny, home of the celebrated ruby red Smithwick’s ale, brewed in Ireland since 1710. Upgraded and enhanced, the experience has recently reopened and offers a brilliant storytelling journey and sips of one of Ireland’s most famous ales.

If there’s one thing the Irish do well, it’s brewing a good pint. Celebrate International Beer Day with a journey around some of the island’s great breweries and drink in the fabulous scenery as you go.